skip to main | skip to sidebar

New Books In The Bookstore 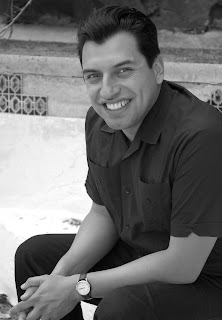 Our tiny bookstore housed its usual collection of Great American fiction, poetry and non-fiction this summer. One of the new books I bought and am excited to read is Michael Jaime-Becerra's This Time Tomorrow. Booklist's Deborah Donovan writes "Packed with details of his characters’ barely scraping-by existence, Jaime-Becerra’s heartfelt debut brings an entire community vividly to life." The book sold out after Michael's powerful reading this summer. As a debut novelist, selling hard copies is tremendously important and, in this economy, tremendously difficult. I was so pleased that Michael's writing inspired so many, but equally impressive was the willingness of the Community to support such an important new work of fiction from a talented new novelist.

Michael Jaime-Becerra grew up in El Monte, CA, a working-class suburb of Los Angeles. He received his MFA from the University of California, Irvine, and currently teaches creative writing at University of California, Riverside. His short story collection, Every Night Is Ladies' Night, was named to lists of the years' best books by The Washington Post and the San Francisco Chronicle. It was awarded a California Book Award, the Silver Medal for a First Work of Fiction. Michael lives in El Monte, CA.

I will be adding more about our new authors and books very soon!

Posted by Instructor Knapp at 6:57 AM

I have enjoyed putting together our little bookstore up in Squaw Valley over the past four years. We love our bookstore and it has been your support that makes it all possible, so Thank You!

I have received many requests for an online SVCW Bookstore. Some who miss us when they are away, and others who are just tired of lugging all those hardcovers around on airplanes. There are also those writers who are honest about being broke and needing to purchase books at Amazon's discounted prices. As fellow writers, we understand your pain!

For these reasons I thought it would be fun to try our hand at a SVCW Books and Authors blog. I will track down our authors and past participants and post their books, news, reviews and information and link our SVCW books to Amazon. Ten percent of every book purchased through our blog will help support the bookstore. I am looking forward to building an online archive of the outstanding collection of books represented by authors who frequent the Community of Writers. 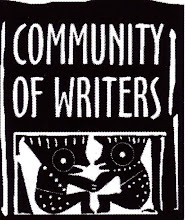